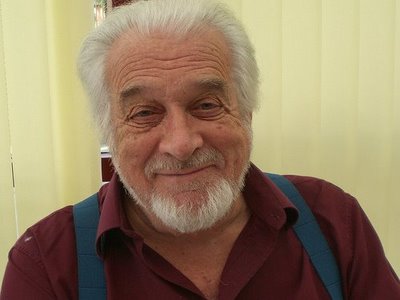 It was 5 years ago today that the Legendary Nicholas Courtney passed.
https://www.youtube.com/watch?v=5LJHZ5SqBkc
Candy Jar Books have released further details on the latest book in their Lethbridge-Stewart series, Moon Blink, which has been written by Sadie Miller and due to be published in April.

July 1969, and mankind is on the Moon. Both the United States
and Soviet Russia have lunar bases, and both are in trouble.

Back on Earth, Anne Travers has learned she is about to be
visited by an old friend from America, Doctor Patricia
Richards. Lance Corporal Bill Bishop is aware
of the visit, and is on hand to meet Richards.

She brings with her a surprise, one which the Americans and
Russians wish to get their hands on. But the only man who can
truly help Anne, Colonel Lethbridge-Stewart, is away in Scotland.

It’s a game of cat and mouse, as Anne and Bishop
seek to protect the life of an innocent baby –
one that holds the secrets to life on the Moon.

Moon Blink headlines the 2016 series of Lethbridge-Stewart novels, and is available to pre-order from the Candy Jar Books website. It is followed later in the year by The Showstoppers by Jonathan Cooper and The Grandfather Infestation by John Peel, with a further three novels due to be released in the autumn.
Gary Russell, former script editor of The Sarah Jane Adventures and long-time family friend of the Millers, said: “When I first heard that Sadie was writing a novel, my initial reaction was ‘ahh, a chip off the old block’– her delightful mum was one of the most creative, sharp and incisive individuals I ever knew. But then I realised I was doing Sadie a disservice, because from the first day I met her, Sadie Miller has always been her own person, utterly talented and rapaciously gifted which, other than encouragement and support, owes nothing to either of her parents and everything to Sadie’s own determination to be brilliant. And with this novel, she’s proven that she is.”

“I needed time to mourn, to be there for my dad. The constant reminders of my mum, obviously very hard to avoid, were just too painful. But now I feel that the time is right to reconnect with Doctor Who, and the fans,” said Sadie. “My dad did so last year with an appearance in Peter Capaldi’s first episode, and so now it’s my turn. It’s exciting to be writing my first novel, and that it features the Brig adds another layer of importance. He, in the form of Nicholas Courtney, was there when mum debuted as Sarah in 1973, and she was there for his very last on screen appearance as the character in 2008. So in many ways this is important.”

“I almost worked with Sadie a good ten years ago on the second series of Sarah Jane Smith,” said series editor Andy Frankham-Allen, “but alas that did not come to be. We’ve kept in touch since, and as soon as I learned she was switching careers I immediately asked if she wanted to write for the Lethbridge-Stewart range, feeling it may be the right time for her to reconnect with Doctor Who fandom. And bless her, she agreed without a second thought!”

Candy Jar’s Publishing Co-ordinator Hayley Cox said: “It’s a great honour to be here at the start of Sadie’s writing career, working with her on her debut novel. She came to us with an amazing idea and it was a case of how could we not do it.”

The usual discounted pre-order bundles will be on offer from Candy Jar, with a new subscription deal for those wishing to get six books for the price of five!

The Lethbridge-Stewart series of books can now be pre-ordered from www.candy-jar.co.uk

Due to my bad cold that I have had since Gally. 😦

I think I got more ribbons than ever before (about 9) because of cosplaying Sylvester’s 7th Doctor on Saturday.

I am not very aggressive. Hell, I didn’t even get one from the Fan Show even though I ran into them twice during the convention. 😦